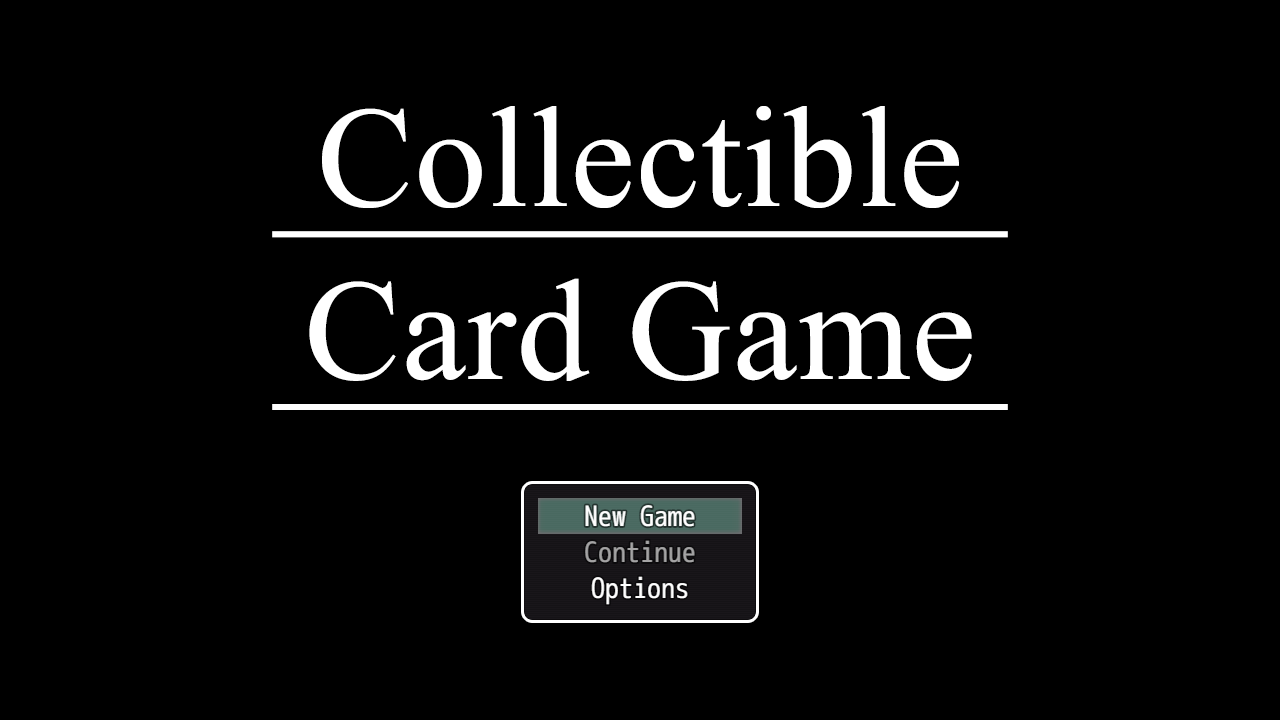 The following plugins are required in order to use this plugin.

Place the following plugins above this plugin located in the Plugin Manager. 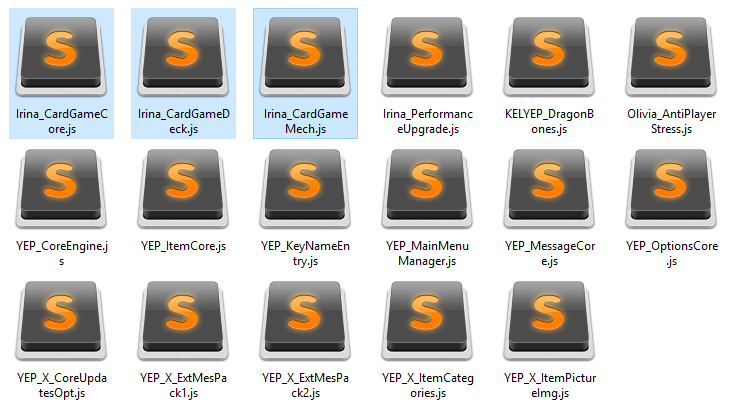 Naturally, the three card game plugins should be included in the package, but also included are supporting Yanfly Engine plugins with their plugin parameters tweaked to support the sample project. You can copy and paste them from the plugin parameters into your game to keep the same settings. 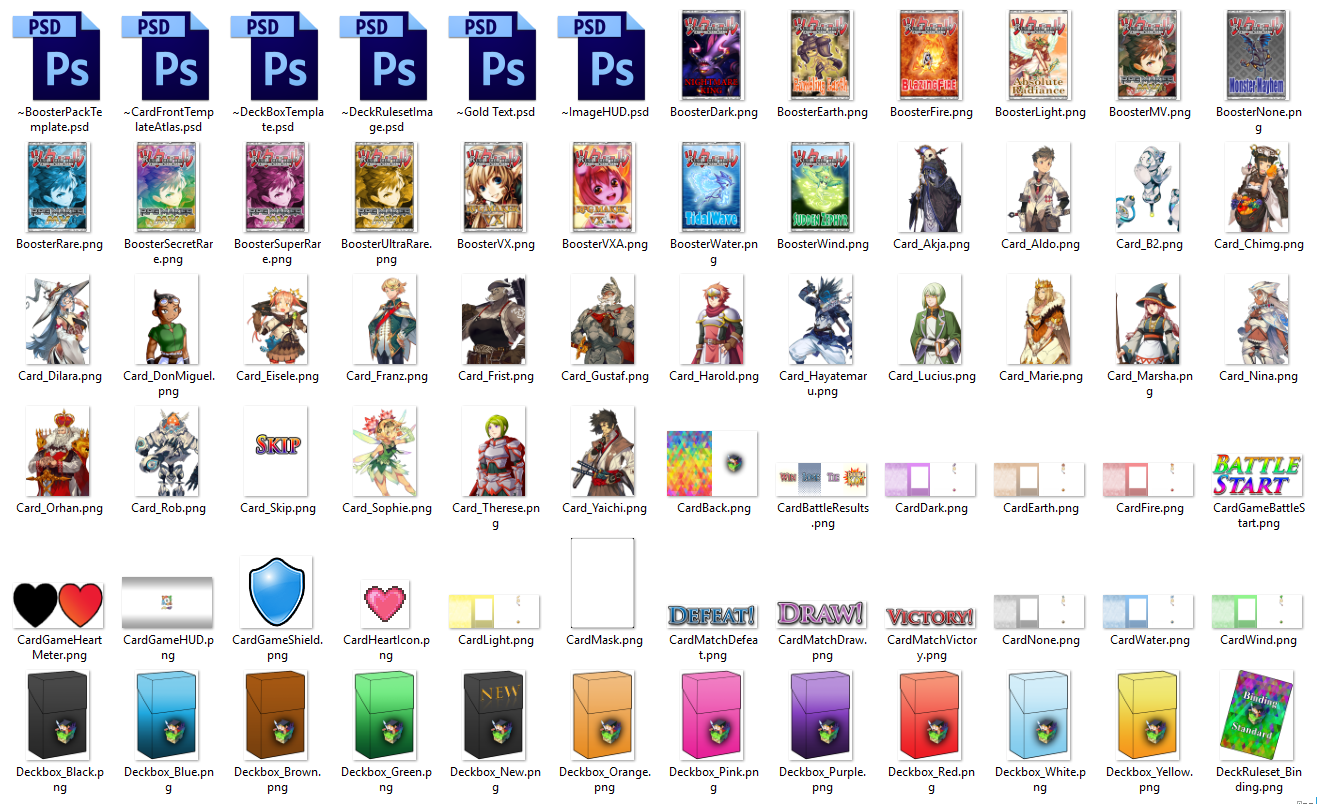 Including the assets pack should be a given. However, the assets pack will only include the bare minimum to let you get started. The sample project will have the assets pack and more, including PSD files for you to modify and create your own elements with. Here's a list of the stuff that you get in it: 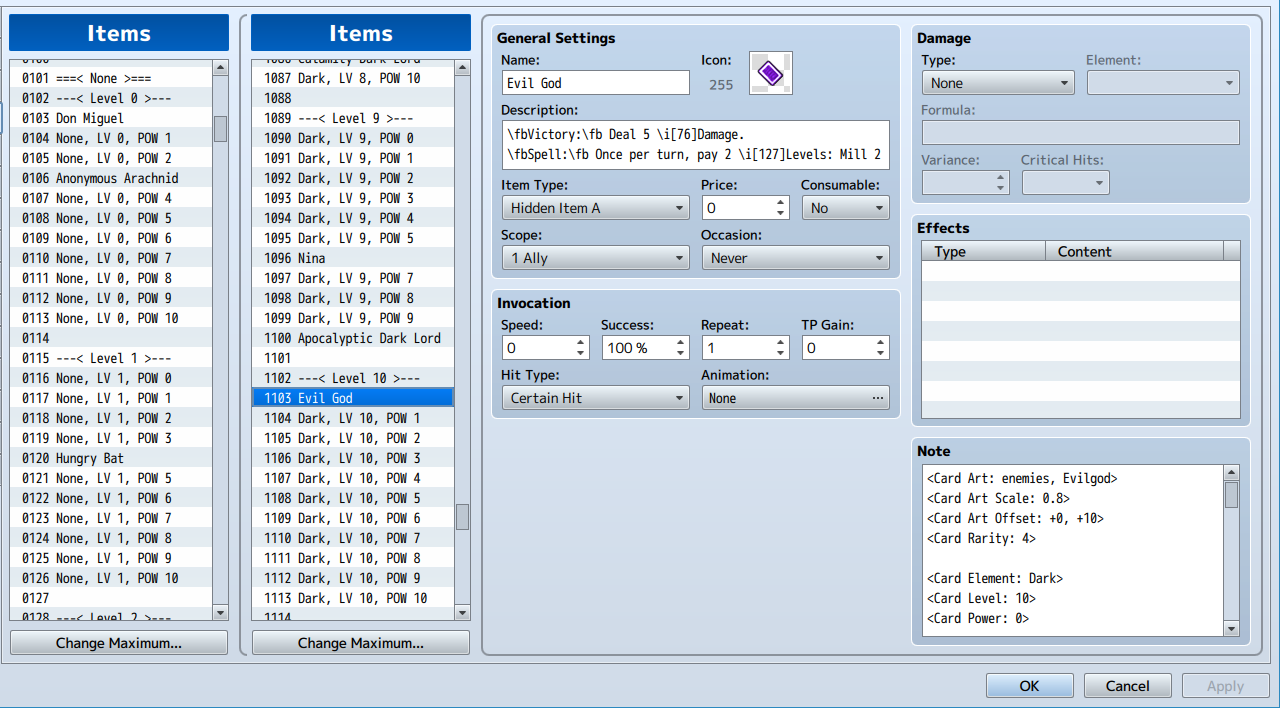 There is a database of cards readily made for you to pick and play from inside the sample project itself. The cards are organized by the seven elements, levels 0 through 10, power ratings 0 through 10, making it easy to organize and adapt your own cards in if you decide to use the sample project's database for yourself (which is perfectly allowed by me). Here's what's included: 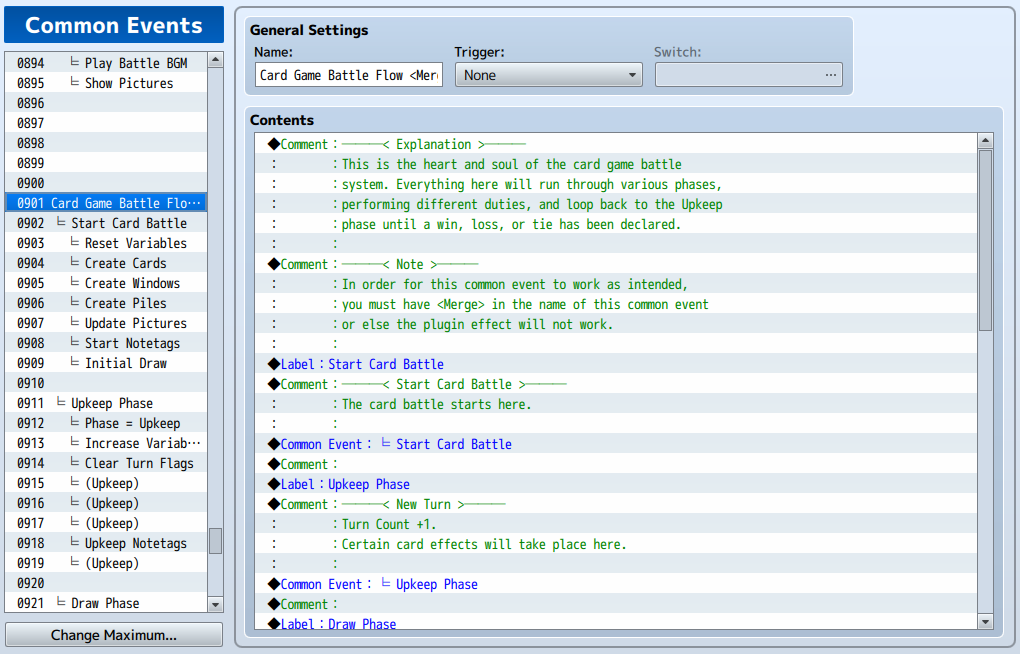 As mentioned before in the previous devlogs and the manual, the battle system is custom-evented, which means it is completely flexible for you to edit/change to your liking provided that you have adequate eventing experience. Here's a list of everything that's included. 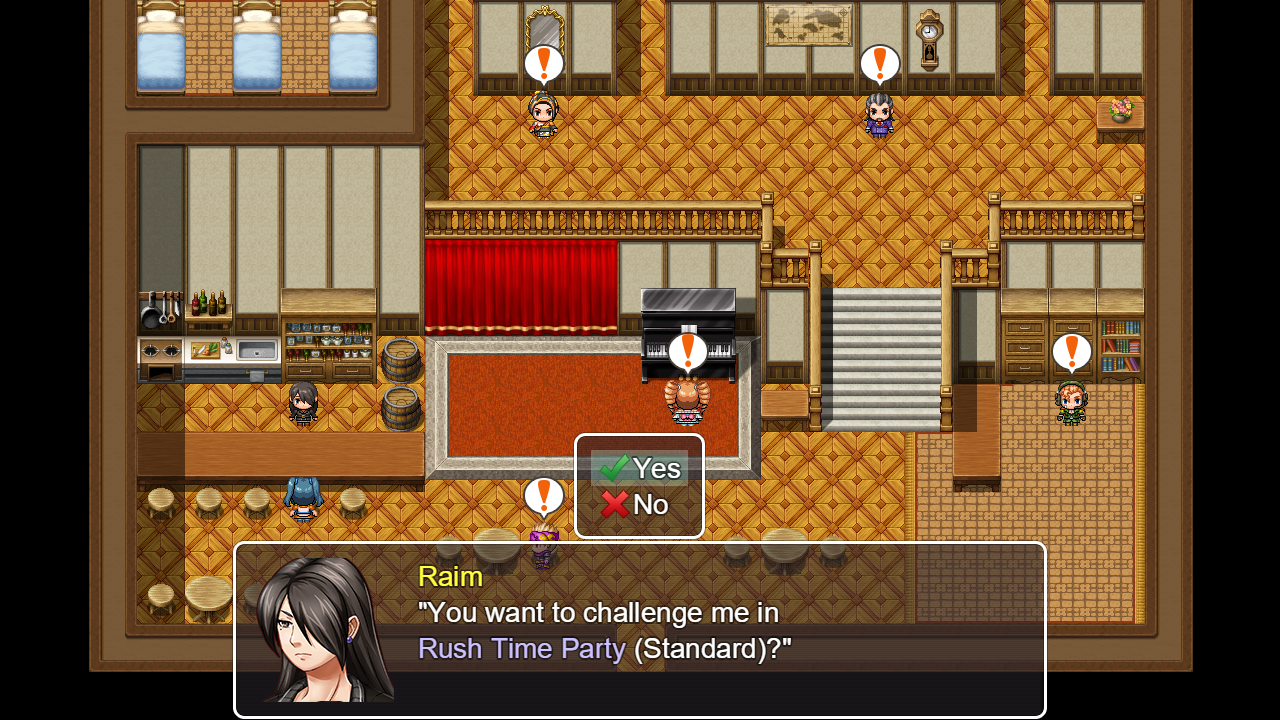 The best way for you, the game dev, to understand what the card game is like is to be able to play it yourself.

That's all the content included in the sample project. I do believe this is sufficient to get you started on the creation of your own card game. The sample project is meant to serve as a sample, hence the name, but if you wish to use it as a base/foundation to create your card game in, I won't object to it, but you may not re-release it as is. It has to be different enough for you to be able to call it your own as that is what's recommended to give your game its own proper identity.